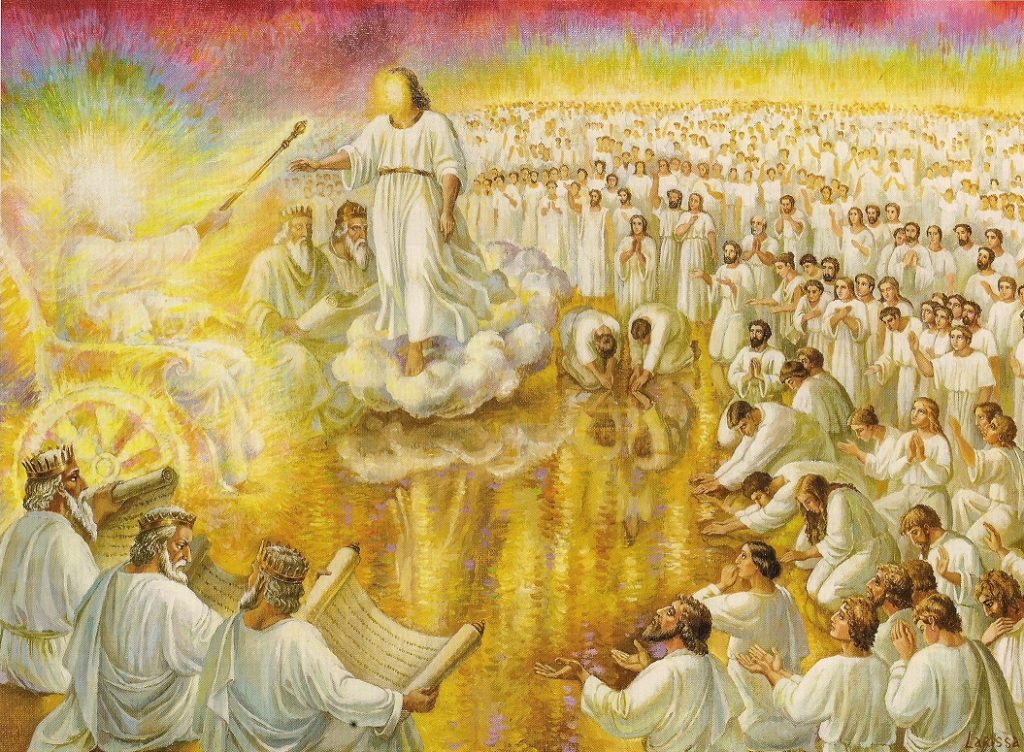 Queen and foundress. She was born in England, where she was enslaved and taken to Neustria, which was part of the Frankish kingdom. In time, Bathildis became a trusted member of King Clovis Il’s court and married him in 649. She bore him three sons: Clotaire Ill, Childeric II, and Thierry Ill, all of whom […]

St. Francis de Sales was born to a noble family at Chateau de Sales in the Kingdom of Savoy near Geneva, Switzerland on August 21, 1567. He was a Bishop and Doctor of the Church. Francis was both intelligent and gentle. From a very early age, he desired to serve God. He knew for years […]

With St. Raymond of Penafort, founder of the Order of Mercedarians, the religious community which sent members as ransom for Christian prisoners in the hands of the Saracens. Details of his life are uncertain, but he was probably a native of Languedoc, France. After taking part in the crusade against the heretic Albigensians of southern […]

St. John, named Chrysostom (golden-mouthed) on account of his eloquence, came into the world of Christian parents, about the year 344, in the city of Antioch. His mother, at the age of 20, was a model of virtue. He studied rhetoric under Libanius, a pagan, the most famous orator of the age. In 374, he […]

Imagine being able to sit at the feet of the apostles and hear their stories of life with Jesus from their own lips. Imagine walking with those who had walked with Jesus, seen him, and touched him. That was what Polycarp was able to do as a disciple of Saint John the Evangelist.

Saint Paul is one of the most important and influential of all the saints. Many of his writings are contained in the Canon of the Bible and have influenced the growth and development of the Church since the first century. St. Paul was originally known as Saul, and he was a Roman citizen and a […]

Born at Lystra, Lycaenia, Timothy was the son of a Greek father and Eunice, a converted Jewess. He joined St. Paul when Paul preached at Lystra replacing Barnabas, and became Paul’s close friend and confidant. Paul allowed him to be circumcised to placate the Jews, since he was the son of a Jewess, and he […]

St. Raymond of Pennafort, Patron Saint of Canonists (Feast day – January 7) Born in Spain, St. Raymond was a relative of the King of Aragon. From childhood he had a tender love and devotion to the Blessed Mother. He finished his studies at an early age, and became a famous teacher. He then gave […]

St. Vincent, the protomartyr of Spain, was a deacon of the 3rd century. Together with his Bishop, Valerius of Saragossa, he was apprehended during a persecution of Dacian the governor of Spain. Valerius was banished but Vincent was subjected to fierce tortures before ultimately dying from his wounds. According to details of his death (which […]

St. Agnes of Rome was born in 291 AD and raised in a Christian family. Agnes was very beautiful and belonged to a wealthy family. Her hand in marriage was highly sought after, and she had many high ranking men chasing after her. However, Agnes made a promise to God never to stain her purity. […]